The working principle involves the matching of the plasma generator, that is, the plasma power supply. Compared with the traditional manual plasma cutting method, the power supply of the CNC plasma cutting machine is different in the working principle and the selection of the cutting material thickness, and the machine plasma is used. Power applications include stainless steel, cast iron, copper, aluminum, and other non-ferrous metals, or sheets less than 6mm thick. They are mainly used to cut irregular patterns. Theoretically, they can be cut using a drawing that can be drawn using AUTOCAD. Patterns less than 2 times the width of the plasma kerf cannot be cut.)

In order to allow the user to better understand the operating characteristics of the plasma cutting machine power supply, it is mainly triggered from the working principle of the plasma power supply for the machine and details the related knowledge.
1. The plasma cutting machine is mainly in semi-dry plasma, dry plasma and underwater plasma. Their cutting quality is divided into ordinary plasma, fine plasma and laser-like plasma.
2. Semi-dry plasma cutting is also called wet plasma cutting and also called water-cooled cutting. Wet plasma cutting ionizes high-speed air jets sprayed at high temperatures at the nozzle to form electrical conductors. When a large current passes, the water-cooled cutting gas flow forms a high-temperature plasma arc. The heat of the arc partially melts (and vaporizes) the metal at the notch of the workpiece. The water-cooled cutting cuts the molten metal to form an incision by the power of the high-speed plasma gas flow. Processing methods. Water-cooled cutting uses an elongated and stable plasma arc formed by the annular air flow technology to ensure that any conductive metal can be cut smoothly and economically.
3. Dry plasma cutting: also known as air-cooled cutting, the use of air compressors to slit the sheet to achieve the cooling effect, such cutting cost is low, but very polluting.
4. There is no so-called left-handed or right-handed distinction for ordinary plasma consumables; torches and hose bundles have high-frequency protection; dynamic piercing is the starting point for dynamic cutting, and no reference point setting is necessary! The plasma torch can be quickly set up to achieve plasma gas gouging; the soft-start circuit design ensures the long life and durability of wearing parts such as electrodes and nozzles.

The Generator Set rapidly rises in the volume of the diesel generator set and reaches the ignition point of the diesel. The diesel is ignited, the mixed gas burns violently, and the volume expands rapidly, pushing the piston down, called `work.`


Each cylinder performs work in a certain order, and the thrust acting on the piston passes through the connecting rod to become a force that pushes the crankshaft to rotate, thereby driving the crankshaft to rotate. Using the 'electromagnetic induction' principle, the generator outputs an induced electromotive force that is generated by a closed load loop. Only the most basic working principle of the generator set is described here. A range of diesel and generator control, protection devices and circuits are also required to obtain a usable, stable power output. 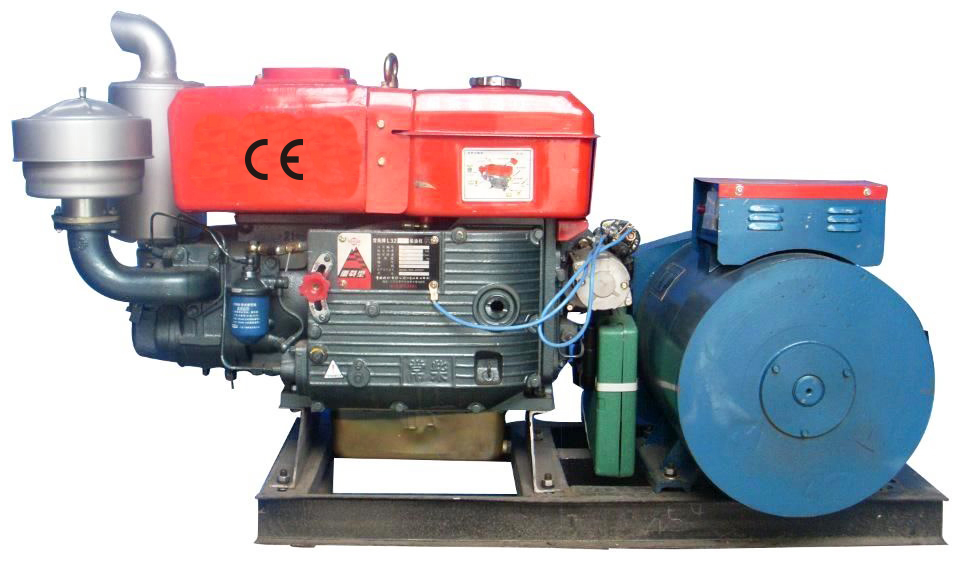 The generator set (English name: Generators Set) is a complete set of mechanical equipment that converts other forms of energy into electrical energy. It consists of a power system, a control system, a noise reduction system, a damping system, and an exhaust system. It is composed of a turbine, a steam turbine, a diesel engine or the like. The power mechanical drive drives the energy generated by water flow, air flow, fuel combustion or nuclear fission into mechanical energy that is transmitted to the generator, which is then converted into electrical energy by the generator and output to the electrical equipment. Generators have a wide range of uses in industrial and agricultural production, national defense, technology and daily life. In recent years, with the advancement of technology, as a high-quality choice for household emergency power supply and field travel power, lightweight portable small generator sets have begun to enter the daily life of residents.