Avermectin is a broad-spectrum insecticide and acaricide . It has contact and stomach toxicity to insects. It has an osmotic effect on crops but no ovicidal effect.

The insecticidal mechanism of avermectin is mainly to interfere with the neurophysiological activities of pests, mainly acting on nerve and muscle joints. It inhibits the transmission of information in its neuromuscular junctions, leading to paralysis and infestation of pests and mites. Do not feed. It died after 2-4 days.

Avermectin degrades rapidly in the soil. Photolysis is rapid. Safe for crops. Not easy to produce phytotoxicity.

It can control cabbage caterpillar, diamondback moth, spotted fly, red spider, and sassafras. It can also be used to control underground pests such as root knot nematodes and cockroaches.

(Put 1.8% arbutin emulsifiable concentrate) 1 to control cabbage caterpillars. When it is found that there are insects on the dish, spray evenly with 2500-300 mouth liquid. 2 control of diamondback moth. In the young larval stage or in the egg incubation period. Spray evenly with 2500-3 000 times. 3 control of Liriomyza. In the younger larvae, spray in the morning or evening with 2 000-2500 times. 4 prevention and control of red spiders, sassafras and other pests. When spotting occurs, spray evenly with 4 000-4 500 times. 5 control cockroaches. Each square meter of vegetable land is treated with 0.8-1.2E medicine and appropriate amount of water; the root-knot nematode is controlled. Each square meter of vegetable land is applied to the ditch, the hole is applied or sprayed on the surface with 1-1.5 grams.

1 When using, be careful not to pollute the flowering crops of rivers, ponds, water sources and honey bees. 2 should choose to use cloudy or evening. Avoid spraying in the sun. 3 The security interval is 7 days.

The insecticidal mechanism of the drug is characterized by extremely high contact, stomach toxicity and systemic action. Destroy the normal conduction of the central nervous system of the insect. Kill the pests. It has special effects on sucking mouthparts such as aphids, whiteflies, planthoppers, thrips and scale insects in crops such as fruit trees, wheat, peanuts, cotton and vegetables. At the same time, the toxicity to animals is low. It has obvious protective effects on beneficial insects such as predator. Moreover, it is not mobile in the soil and can be decomposed, and has no side effects on groundwater and later crops.

The efficacy of insecticidal efficacy in the field is 1 day and 3 days, with 4-10 days of effect and more than 20 days of residual effect. The drug has the characteristics of less drug, high control effect, rapid insecticide and long drug period.

1 can not be mixed with alkaline pesticides. 2 Drugs should be stored in a cool dry place. 3 Fruits are used 15 days before harvest.

BT pesticides are slower than chemical pesticides. Generally, the pests stop the harmful crops after 30 minutes of feeding. The death begins at 24 hours, and the death peak is reached at 48 dx. The mortality rate can reach more than 75% at 72 dx. Although the pests did not die on the day after application, they stopped eating, so no additional pesticides were needed.

It can prevent pests of Orthoptera, Coleoptera, Diptera, and Mestera. Especially for a variety of pests of Lepidoptera, the control effect is obvious. It is mainly used for controlling cotton bollworm, red bollworm, tobacco budworm, cabbage caterpillar, diamondback moth, rapeseed meal, and peach heartworm.

1 Use BT emulsion 1000 times solution to control cotton bollworm, cabbage caterpillar, small moth and so on. 2 Mix 100,200 times of B, T. emulsion and 3.5-5 kg â€‹â€‹of fine sand per acre. It is made into granules and put into the corn horn. It can control corn mash. 3 When using BT pesticides, do â€œfour lookâ€: look at the temperature. Use at 25-30 Â° C. The control effect is 1-2 times higher than 1O-15 Â° C. Therefore, it is best when the temperature is lower than 20 Â° C. Do not use. The second is to look at humidity. The higher the humidity, the better the control. BT powder is under high temperature conditions. In order to give full play to the efficacy. The third is to look at the sun, in order to avoid the destruction of spores by ultraviolet rays in the sun. It is best to use it on a cloudy day or after 4 pm. The fourth is to look at the rainy days. The medium to heavy rain will wash away the chemicals sprayed on the stems and leaves of the plants, thus reducing the efficacy. If heavy rain occurs after spraying, it must be refilled; drizzle within 5 hours after spraying, which has an effect of increasing control effect.

When using, we must first clear the target of prevention and treatment, so as to use symptomatic drugs, such as spraying BT (Bacillus thuringiensis) pesticides, to control lepidopteran pests such as Plutella xylostella, Pieris rapae, Beet armyworm, Spodoptera litura, but for mites, Pests such as leaf mites that suck the plant juice do not work; if avermectin pesticides are used, the control effect on mites is very good. Different types of pests are sensitive to biological pesticides. Different types of biological pesticides and application concentrations must be selected according to the sensitivity of the pests in order to receive good control effects. For example, Pieris rapae is sensitive to green BT and avermectin, and can be controlled with 1% avermectin 3000-4000 times solution; while Spodoptera litura is less sensitive to avermectin and green BT, it should be used. Green BT100 ~ 200 times liquid prevention. According to the test, the sensitivity of different vegetable pests to avermectin and Bacillus thuringiensis was: cabbage caterpillar>Fleece>Plutella xylostella>Potatoid>S.

Biological pesticides such as BT, Beauveria bassiana, Metarhizium, etc., the insecticidal efficacy is closely related to the number and vitality of the bacteria contained in the drug. In order for the microbial insecticide to work, it is necessary to have a certain amount of water and a suitable temperature, and the effect of using the spores in the preparation is good. The weather is suitable outside, the natural enemy organisms are fast-proliferating, and the vitality is strong, so the insecticidal effect is good, so it is very important to see the weather medication. For example, Bacillus thuringiensis, the temperature is too high can destroy the structure of the intrinsic crystal toxin, the most suitable growth temperature is 20 ~ 25 Â° C, the humidity is more than 85%, no strong light. The test showed that the application at 8 am was more than 4 pm, and the larval mortality was 20% to 30% lower. Therefore, spray in summer and autumn, should choose to spray after 5 pm on cloudy or sunny days. For example, spraying at noon, the sun is strong, the temperature is high, the air is dry, which is unfavorable for microbial activity, and the strong ultraviolet rays will kill the bacteria in a large amount and weaken the control effect.

Each pest has its natural enemies in the field, such as spiders, parasitic wasps, etc. If broad-spectrum insecticides such as phoxim, dichlorvos, waning, dimethoate, etc., it is possible to kill the natural enemies while killing the light. Once the field pests reoccur, it is easy to cause a large outbreak. In order to protect natural enemies, we should pay attention to the use of some highly specific bio-insecticides or low-toxic pesticides in combination with microbial pesticides.

Microbial insecticides have a poor effect on older worms, and can be controlled by hitting, merging, and virium at the time of harvesting. Generally, larvae are poorly resistant to drugs, and early use is better, so it is necessary to pay attention to the prevention and control of younger worms. After the spraying of biological pesticides, it takes a certain period of time to kill the pests. For example, if a virus preparation is used, it is necessary to wait for the virus to take up the nutrients in the pest, destroy the cell tissue and then kill it. This process generally takes 3-7 days; using Bacillus thuringiensis to treat the insect, the microorganism needs to enter the midgut of the pest, and after a series of processes, form sepsis. , eventually killing pests, this process takes more than 2d. Pests have multiple developmental stages in their lifetime, but the larvae have weak resistance and are the best control period. Grasping this weak link to spray bio-pesticide can achieve twice the result with half the effort. Therefore, the spraying time should be appropriate. In the production operation, we must pay close attention to the prediction of pests and diseases, combined with field investigations, and correctly grasp the appropriate period of spraying. In addition, the concentration of the drug should be strictly controlled, and the spraying should be even and thoughtful.

Microbial insecticides such as BT have been shown to have spores and accompanying crystals exposed to natural sunlight, losing 50% activity in 30 minutes, 80% in 60 minutes, and UV rays in the sun, so try to kill in the afternoon. Apply in the evening to reduce the effect of sunlight on the effect. BT and avermectin cannot be mixed with alkaline pesticides and are prohibited from mixing with fungicides and acidic compound solutions. Fungi and bacteria have certain sensitivity to fungicides and will be killed and inhibited after mixing. Therefore, when using microbial insecticides, sunlight should be avoided, and it should be mixed with fungicides. Under normal circumstances, it should not be mixed with alkaline pesticides and acidic compounding liquids.

In order to improve the control effect and safety performance, microbial pesticides can be mixed with some low-toxic pesticides to minimize the mixing with pesticides that are highly lethal to natural enemies. In the case of large occurrence of pests and a mixture of various pests, avermectin plus chlorpyrifos can also be used, and BT plus insecticidal bis (or pyrethroid pesticides) can be mixed and sprayed, which can achieve the purpose of concurrent treatment. In order to alleviate the resistance of pests to biological pesticides, BT and avermectin can be used alternately with chemical pesticides such as Ruijinte, Kayuke, Meiman, and Taibao. 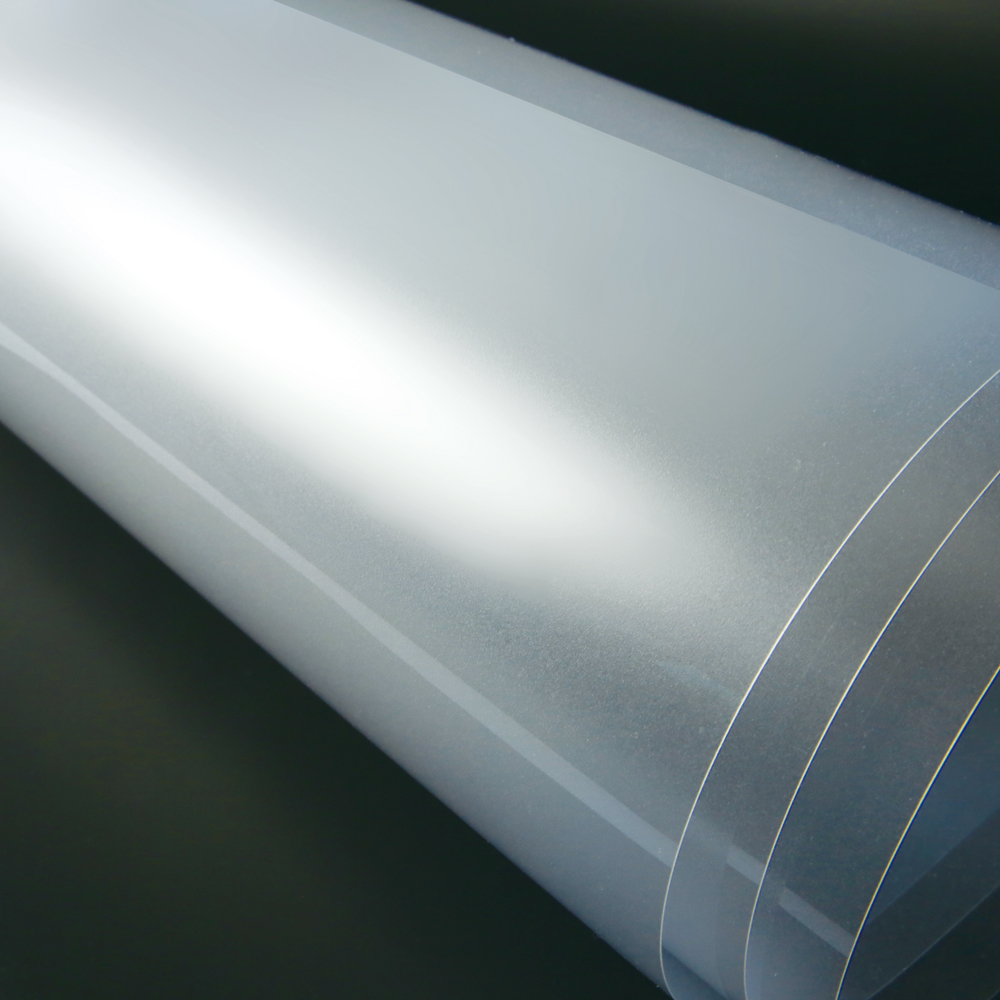